You are here: Home / Anti-Aging Spirit / 10 Hacks to Happiness 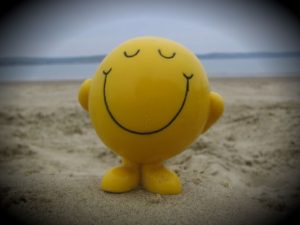 Did you know that feeling happy can have an effect on how you age?

In fact, being happy may slow aging and improve your health according to hundreds of studies.

So, today, I want you to have some happiness hacks:

I wanted to share with you what a reader sent me the other day that had me smiling:

From Lele:  “I told my grandmother how much you helped.  She said, “Bake them a cake!”

Have a happy week!

“Research into psychological wellbeing and health at older

ages is at an early stage. Nevertheless, the wellbeing of the

elderly is important in its own right, and there is suggestive

eudemonic wellbeing are relevant to health and quality of

life as people age. Health care systems should be concerned

not only with illness and disability, but with supporting methods

Kraft TL, Et. al.  Grin and bear it: the influence of manipulated facial expression on the stress response. Psychol Sci.  2012.