You are here: Home / Anti-Aging On The Inside / The Hidden Killer in Your Pantry

If you are a regular reader you know that I recently moved.  I went from living in a townhome, where I was the past 11 years, to a single-family home.

With that has come some extra maintenance, as any homeowner knows.  I’m specifically talking about gardening and lawn care.

It’s actually something I have missed … I love gardening.  And I’ve already planted some Aloe and flowers. I’ll get started with other herbs in the fall (it’s too hot in Florida right now).

And I can’t wait!

Here are a couple of pictures of my garden pleasures so far: 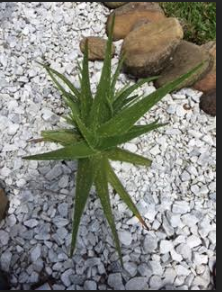 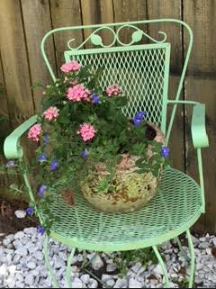 But you might be wondering by now what my garden has to do with anti-aging (besides using my herbs in beauty treatments).

Well, in the last few weeks the weeds have been sprouting up and it’s time to take care of them.  So I’m trying to find a natural herbicide (weed killer). The weeds are too hard to pull by hand because of all the rocks … I can’t get to the roots.

And then it occured to me with all this research that maybe I needed to discuss glyphosate.

You see, glyphosate is found in herbicides, specifically, Roundup.

It’s the deadly ingredient also found in Agent Orange.  For those of you who aren’t aware, Agent Orange was sprayed from planes during the Vietnam war to kill off the foliage in the dense forests.

My father served in Vietnam and passed away four years ago from complications due to Agent Orange.  He suffered many years with a whole host of medical problems.

But he was one of the lucky ones, as some of those sprayed died young due to cancer.  Some became homeless and lost their families because of neurological disorders. I could go on, but you get the picture.

Glyphosate is so dangerous to your health.  And it’s still around.

I don’t want to get on a soapbox about Monsanto (the company of Roundup) and the government.  What I want is to help keep you and your family healthy. And I want you to age healthy (unlike my father).

Here are some health issues that have been attributed to glyphosate:

So if you aren’t aware – glyphosate is found in a lot of foods.  Crops are doused with glyphosate right before harvesting. It’s also in drinking water.

Even in some organic food tested, glyphosate was found.  According to the report the reason is because “it moves freely in the environment”.

But it’s still better to eat organic.  Here’s what the report stated:

“In a study on humans and livestock, scientists

humans” and also discovered that humans who ate

conventional diets had much higher glyphosate

residues than those who ate organic food.”

In fact, the report goes on to say, “that eating organic for one week reduces pesticide exposure by 90%”.

So that is the first step – buy organic.  Simply washing your food won’t remove the herbicides.

And buying something that is labeled non-GMO isn’t enough because it won’t tell you that it’s glyphosate-free.

Look for these labels to know you are eating pesticide-free food: 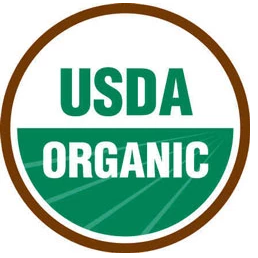 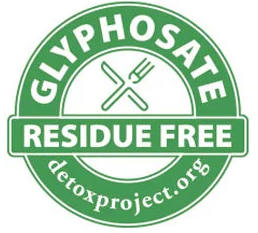 And lastly, use natural herbicides in your yard – it’ll keep your pets safe too!